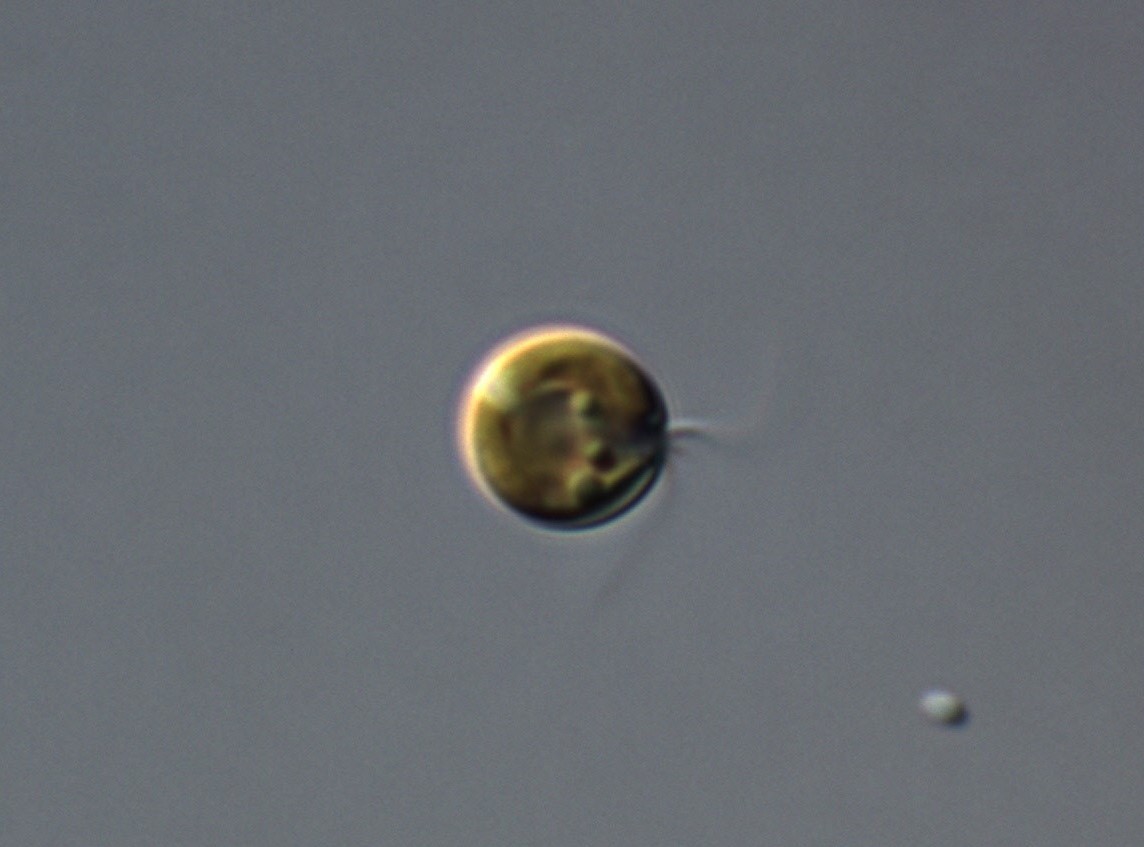 ABSTRACT
Tisochrysis lutea is a marine haptophyte rich in omega-3 polyunsaturated fatty acids (e.g., docosahexaenoic acid (DHA)) and carotenoids (e.g., fucoxanthin). Because of the nutraceutical applications of these compounds, this microalga is being used in aquaculture to feed oyster and shrimp larvae. In our earlier report, T. lutea organic crude extracts exhibited in vitro cytotoxic activity against human hepatocarcinoma (HepG2) cells. However, so far, the compound(s) accountable for the observed bioactivity have not been identified. Therefore, the aim of this study was to isolate and identify the chemical component(s) responsible for the bioactivity observed. Bioassay-guided fractionation through a combination of silica-gel column chromatography, followed by preparative thin layer chromatography (PTLC), led to the isolation of two diastereomers of a monoterpenoid lactone, namely, loliolide (1) and epi-loliolide (2), isolated for the first time in this species. The structural elucidation of both compounds was carried out by GC-MS and 1D (1H and 13C APT) and 2D (COSY, HMBC, HSQC-ed, and NOESY) NMR analysis. Both compounds significantly reduced the viability of HepG2 cells and were considerably less toxic towards a non-tumoral murine stromal (S17) cell line, although epi-loliolide was found to be more active than loliolide.