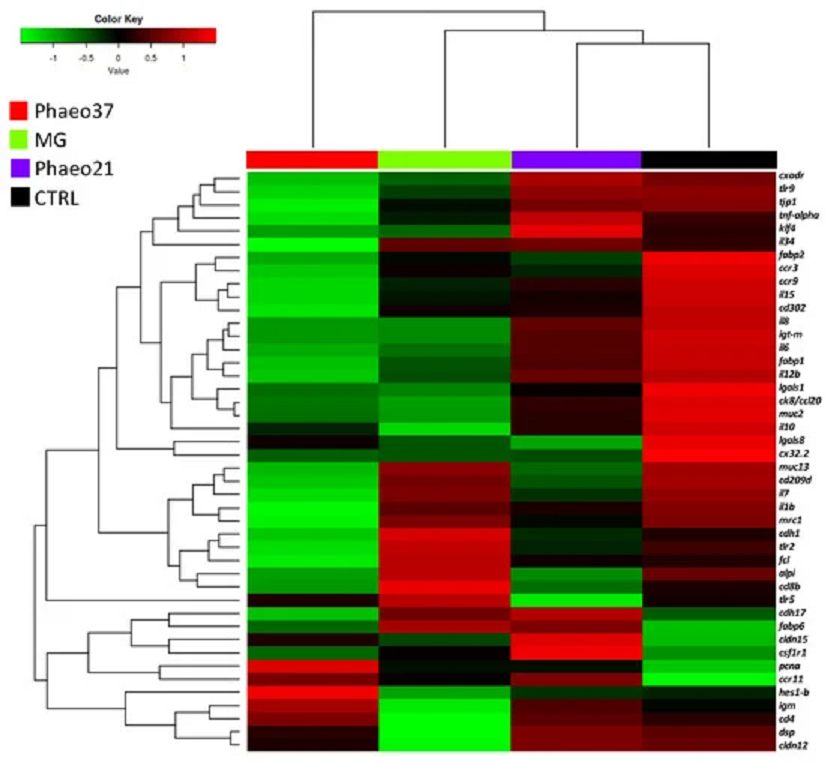 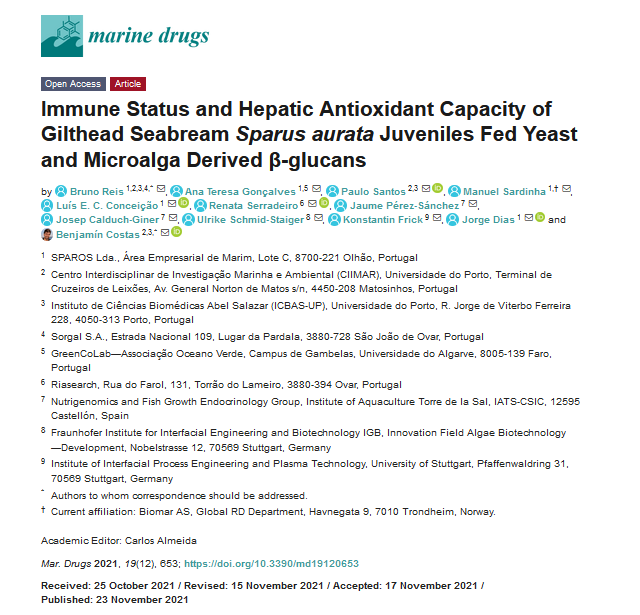 ABSTRACT
This work aimed to evaluate the effects of dietary supplementation with β-glucans extracted from yeast (Saccharomyces cerevisiae) and microalga (Phaeodactylum tricornutum) on gene expression, oxidative stress biomarkers and plasma immune parameters in gilthead seabream (Sparus aurata) juveniles. A practical commercial diet was used as the control (CTRL), and three others based on CTRL were further supplemented with different β-glucan extracts. One was derived from S. cerevisiae (diet MG) and two different extracts of 21% and 37% P. tricornutum-derived β-glucans (defined as Phaeo21 and Phaeo37), to give a final 0.06% β-glucan dietary concentration. Quadruplicate groups of 95 gilthead seabream (initial body weight: 4.1 ± 0.1 g) were fed to satiation three times a day for 8 weeks in a pulse-feeding regimen, with experimental diets intercalated with the CTRL dietary treatment every 2 weeks. After 8 weeks of feeding, all groups showed equal growth performance and no changes were found in plasma innate immune status. Nonetheless, fish groups fed β-glucans supplemented diets showed an improved anti-oxidant status compared to those fed CTRL at both sampling points (i.e., 2 and 8 weeks). The intestinal gene expression analysis highlighted the immunomodulatory role of Phaeo37 diet after 8 weeks, inducing an immune tolerance effect in gilthead seabream intestine, and a general down-regulation of immune-related gene expression. In conclusion, the results suggest that the dietary pulse administration of a P. tricornutum 37% enriched-β-glucans extract might be used as a counter-measure in a context of gut inflammation, due to its immune-tolerant and anti-oxidative effects.