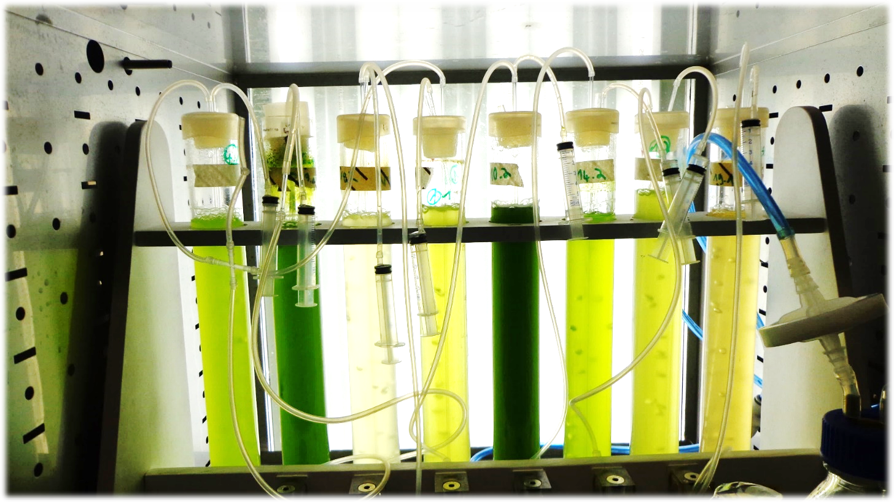 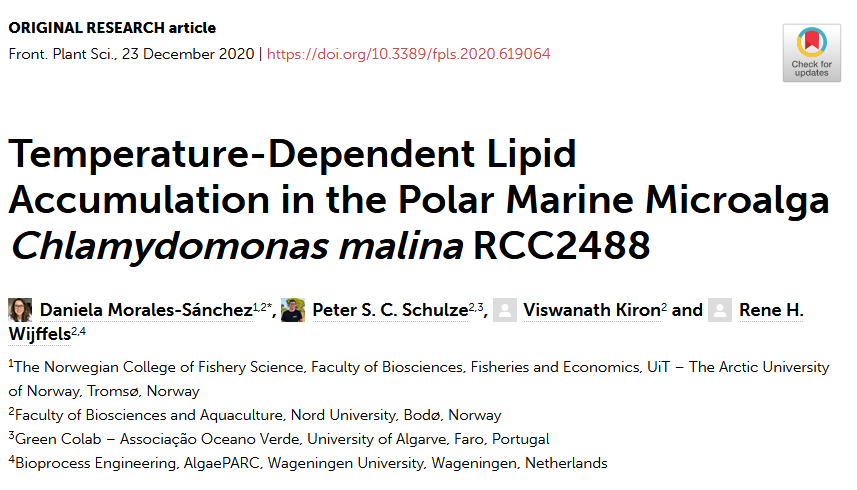 ABSTRACT
The exploration of cold-adapted microalgae offers a wide range of biotechnological applications that can be used for human, animal, and environmental benefits in colder climates. Previously, when the polar marine microalga Chlamydomonas malina RCC2488 was cultivated under both nitrogen replete and depleted conditions at 8°C, it accumulated lipids and carbohydrates (up to 32 and 49%, respectively), while protein synthesis decreased (up to 15%). We hypothesized that the cultivation temperature had a more significant impact on lipid accumulation than the nitrogen availability in C. malina. Lipid accumulation was tested at three different temperatures, 4, 8, and 15°C, under nitrogen replete and depleted conditions. At 4°C under the nitrogen replete condition C. malina had the maximal biomass productivity (701.6 mg/L/day). At this condition, protein content was higher than lipids and carbohydrates. The lipid fraction was mainly composed of polyunsaturated fatty acids (PUFA) in the polar lipid portion, achieving the highest PUFA productivity (122.5 mg/L/day). At this temperature, under nitrogen deficiency, the accumulation of carbohydrates and neutral lipids was stimulated. At 8 and 15°C, under both nitrogen replete and depleted conditions, the lipid and carbohydrate content were higher than at 4°C, and the nitrogen stress condition did not affect the algal biochemical composition. These results suggest that C. malina is a polar marine microalga with a favorable growth temperature at 4°C and is stressed at temperatures ≥8°C, which directs the metabolism to the synthesis of lipids and carbohydrates. Nevertheless, C. malina RCC2488 is a microalga suitable for PUFA production at low temperatures with biomass productivities comparable with mesophilic strains.