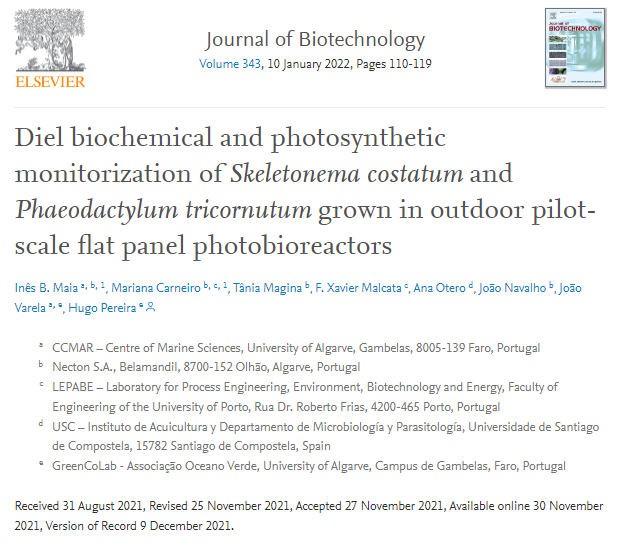 ABSTRACT
Diatoms are currently considered valuable feedstocks for different biotechnological applications. To deepen the knowledge on the production of these microalgae, the diel pattern of batch growth, photosystem II performance, and accumulation of target metabolites of two commercially relevant diatoms, Phaeodactylum tricornutum and Skeletonema costatum, were followed outdoors in 100-L flat panel photobioreactors. S. costatum presented a higher light-to-biomass conversion resulting in higher growth than P. tricornutum. Both fluorescence data and principal component analysis pointed to temperature as a limiting factor for the growth of P. tricornutum. Higher protein and carbohydrate contents were found in P. tricornutum, whereas S. costatum fatty acids were characterized by a higher unsaturation degree. Higher productivities were found at 1 p.m. for protein, lipid, and ash in the case of S. costatum. Overall, S. costatum showed great potential for outdoor cultivation, revealing a broader temperature tolerance and increased biomass productivity than P. tricornutum.