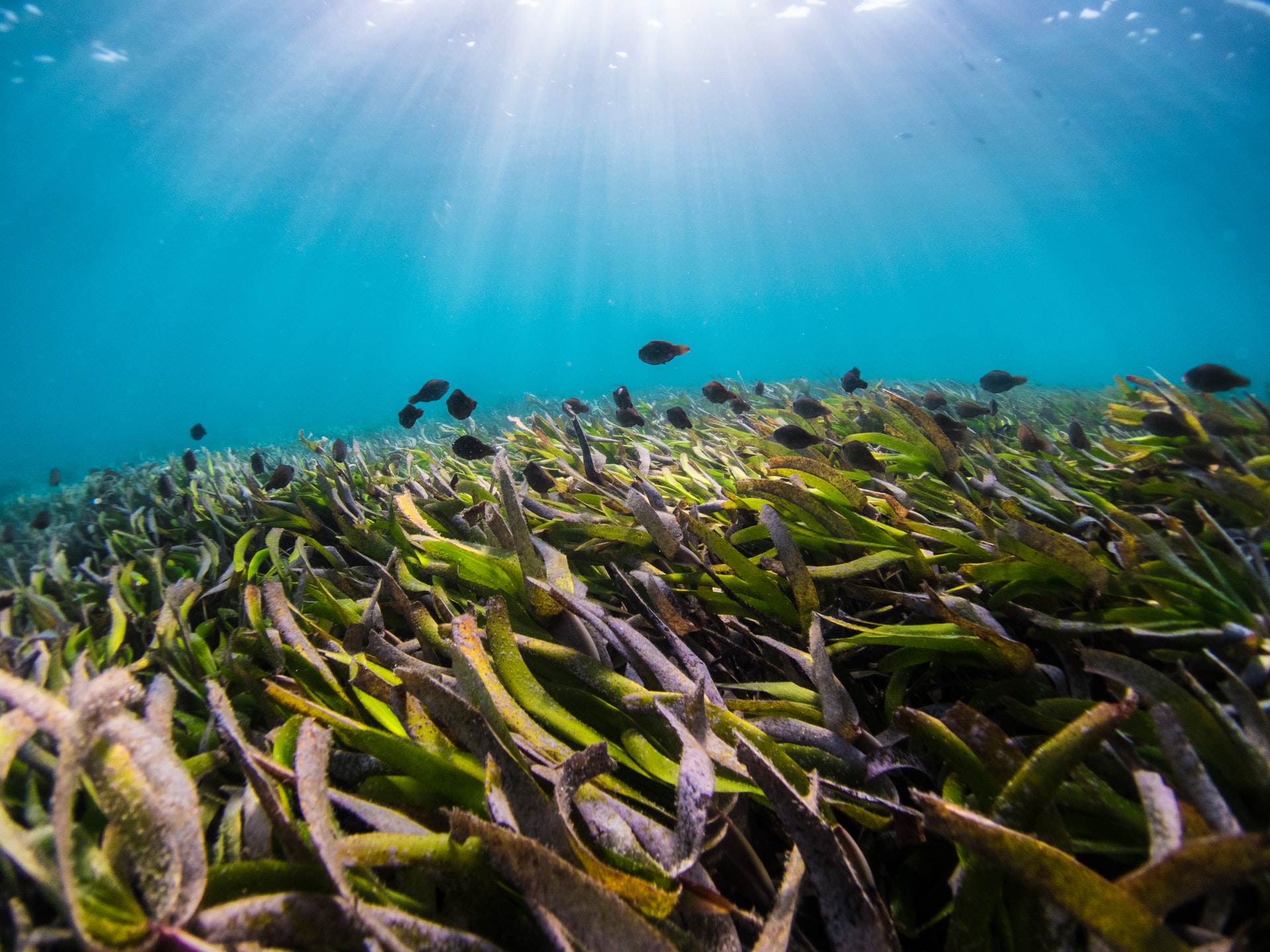 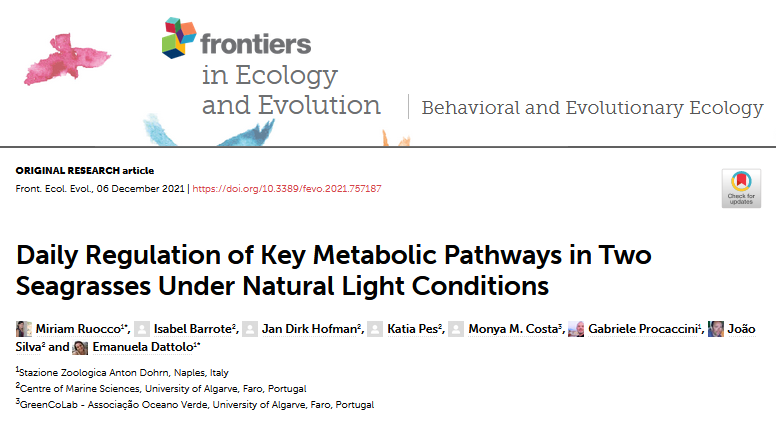 JOURNAL
Frontiers in Ecology and Evolution

ABSTRACT
The circadian clock is an endogenous time-keeping mechanism that enables organisms to adapt to external environmental cycles. It produces rhythms of plant metabolism and physiology, and interacts with signaling pathways controlling daily and seasonal environmental responses through gene expression regulation. Downstream metabolic outputs, such as photosynthesis and sugar metabolism, besides being affected by the clock, can also contribute to the circadian timing itself. In marine plants, studies of circadian rhythms are still way behind in respect to terrestrial species, which strongly limits the understanding of how they coordinate their physiology and energetic metabolism with environmental signals at sea. Here, we provided a first description of daily timing of key core clock components and clock output pathways in two seagrass species, Cymodocea nodosa and Zostera marina (order Alismatales), co-occurring at the same geographic location, thus exposed to identical natural variations in photoperiod. Large differences were observed between species in the daily timing of accumulation of transcripts related to key metabolic pathways, such as photosynthesis and sucrose synthesis/transport, highlighting the importance of intrinsic biological, and likely ecological attributes of the species in determining the periodicity of functions. The two species exhibited a differential sensitivity to light-to-dark and dark-to-light transition times and could adopt different growth timing based on a differential strategy of resource allocation and mobilization throughout the day, possibly coordinated by the circadian clock. This behavior could potentially derive from divergent evolutionary adaptations of the species to their bio-geographical range of distributions.